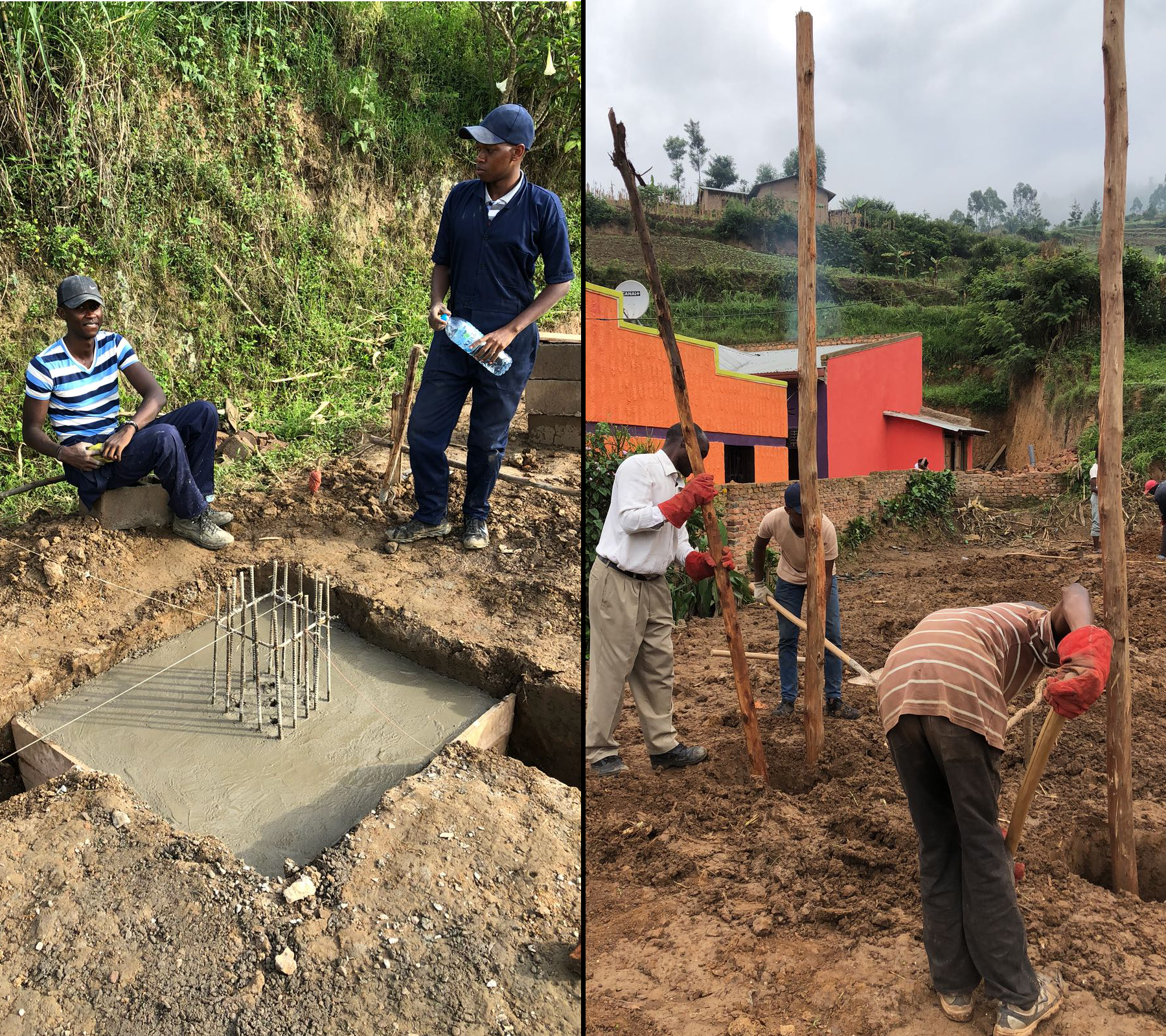 During the second week of construction, the team poured all column and strip footings, built formwork for column lifts and set up scaffolding. From the technical end, everything is going as scheduled and the team has been doing a terrific job of problem solving across a Whatsapp group. A lot of it has been possible because of Mira and Patrick’s ability to address problems on the site like material delivery issues and misinterpretation of CMU block design. In addition, the efforts of team members here in NY to provide structural consulting and design specs to the travelling members as they run into cement mix and other questions has been vital for construction to proceed.

Another important component that our team has covered this past week has been the Planning, Monitoring, Evaluation and Learning (PMEL) aspect of EWB. The PMEL team’s goals include ensuring the long-term sustainability of the project, as well as obtaining and assessing performance benchmarks for the organization and surrounding community, including education on topics related to the project being implemented. Organized PMEL discussion sessions for members of Goodneighbors (GN) to increase the co-op’s administrative capacity to set and follow a project vision, strategy and objectives- essentially to set in place the ability for the co-op to manage itself beyond day to day operations. Future travel teams will conduct additional PMEL discussions on additional topics. 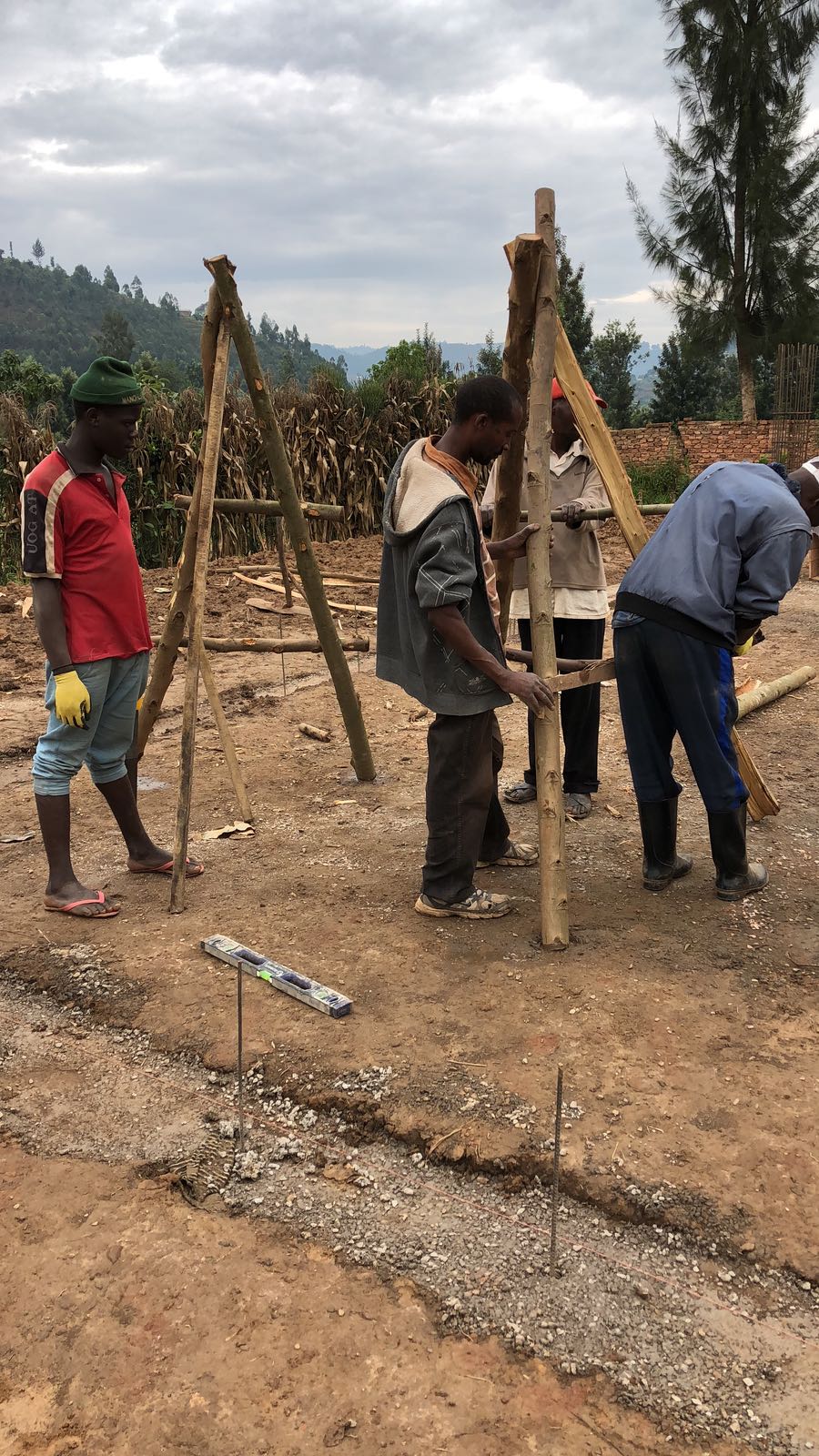 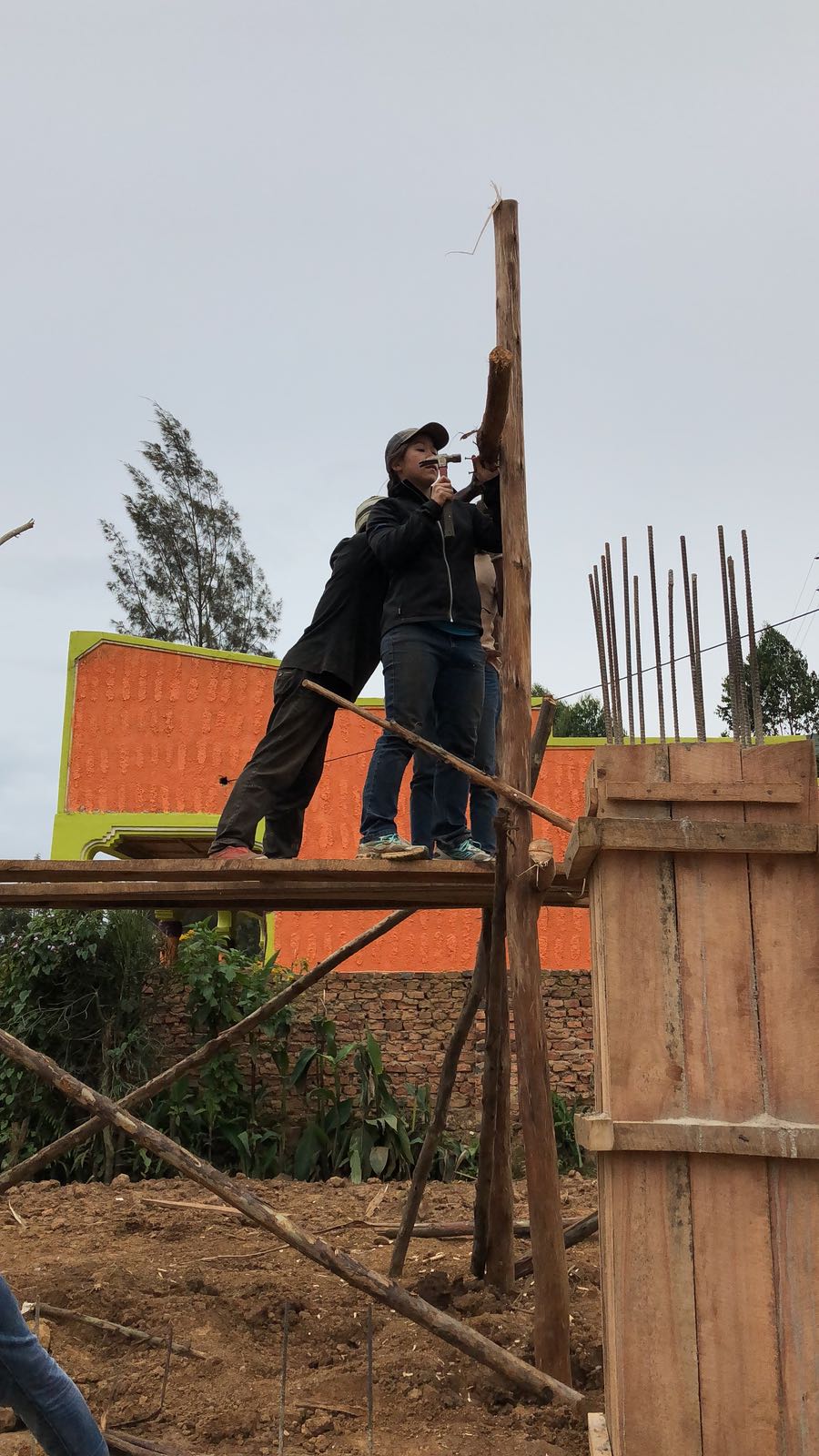 As it turned out, the discussions during these meetings exposed some gray areas and even though it may sound a little bit discouraging, it is necessary to acknowledge these concerns now rather than later. The group identified the issue that the purpose of the storage facility was one of the topics where EWB team’s and GN members’ thoughts didn’t align. Additionally, there were discrepancies in short-term and long-term goal setting. The sessions helped identify 3-month and 1-yr goals while the EWB members reinforced objective of the new building to be a storage facility and not a retail outlet as had been misunderstood by the cooperative members. GN also clarified some of the added value that their administrative staff bring to the cooperative: 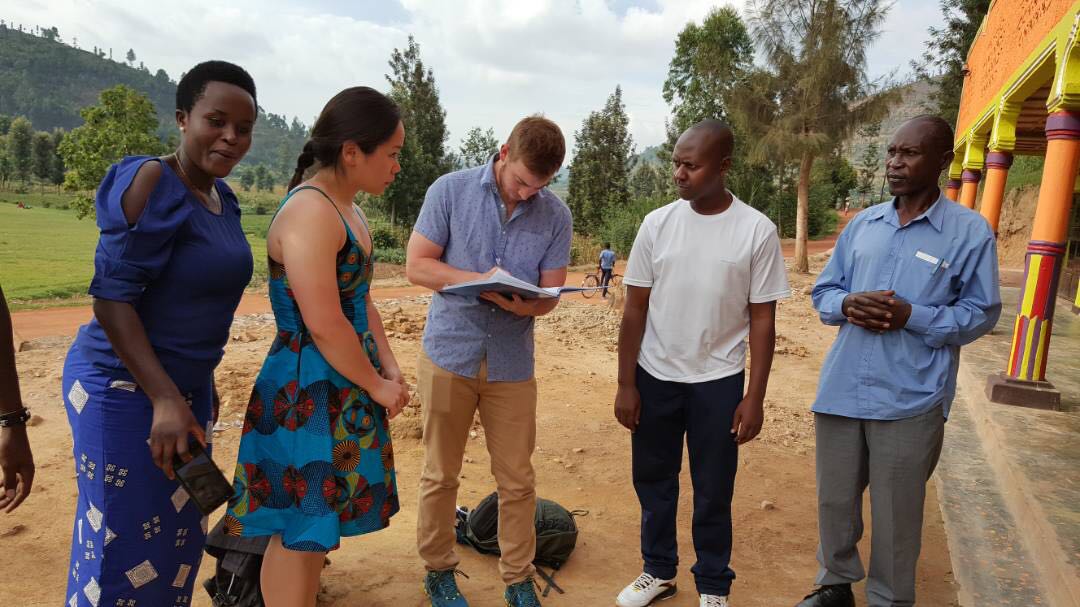 Mira and Patrick in discussion with community members

For the storage facility to successfully help the members increase productivity and result in profits for the community, the PMEL aspect of the project is crucial. Each of these sessions will serve as guiding points for EWB members and the community to establish a partnership that works together towards the same goals and objectives.

The travel team also interacted with rest of the community and interviewed individuals to learn more about them. I have covered these interviews through separate posts, so check them out as well. The team handed out some I <3 NY swag to the community members as gifts. And, guess what? They loved it. 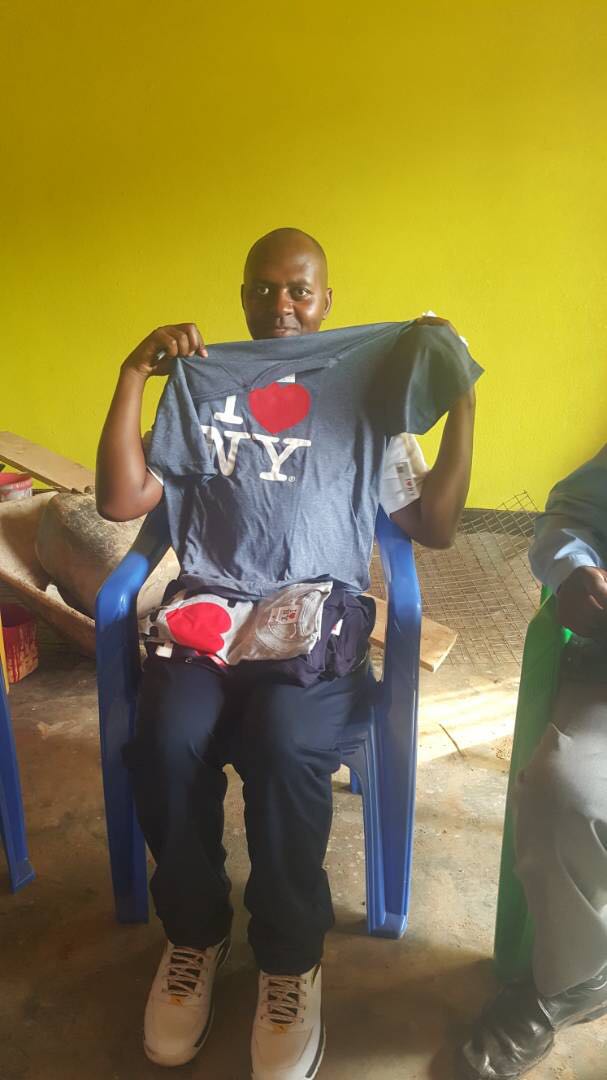