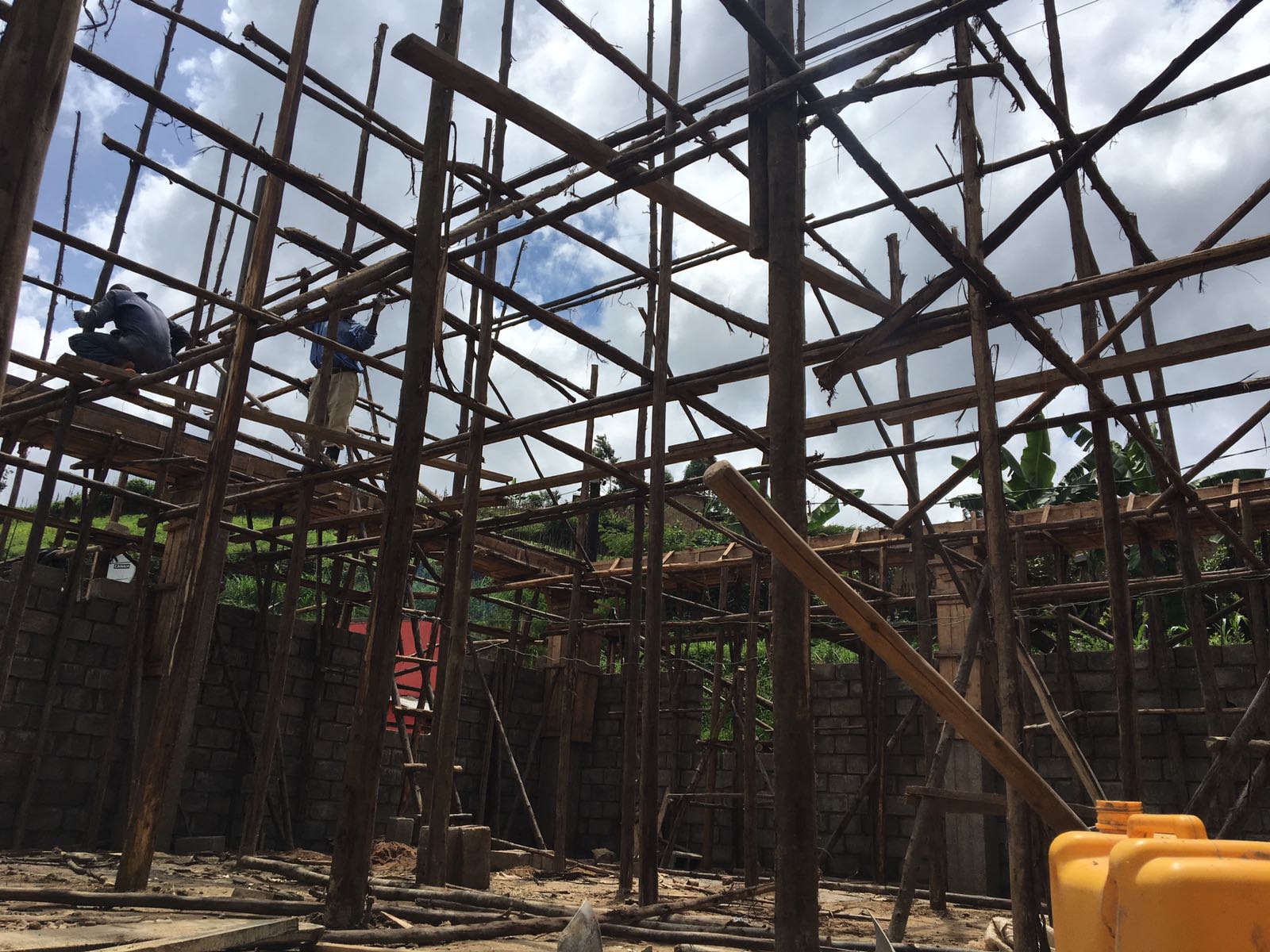 Evram and Alex started off the fifth week of implementation in Rubaya and their first week of adjusting to a new lifestyle. Getting used to Rubayan lifestyle was expected to be difficult but for team 3 it was not only about getting on board with new living standards quick, they also had to get working right away and pick up on everything that had been going on for over 4 weeks by now.

May and Ethan had started work on CMU walls which Evram and Alex continued building with each day’s progress to get the walls completed. By the end of the week the walls were two rows short of reaching the bottom of thebeams.

In the final phase of construction, many design components of the building were to be finalized. May and Ethan had to work with the community to get them on the same page with door placement. For Evram and Alex, the issue was window placement. There was a discrepancy between the location suggested in our team’s design and that suggested by Goodneighbor members. Over the course of the week a resolution was reached and GN members agreed to a window on each side of the building instead of two on north side and two on south side as they had suggested. Another point of discussion between GN leaders and our team were the ventilation blocks on top of the building. GN members had the idea of placing blocks specially designed for ventilation, but our team helped them see how the existing CMU blocks could be used for the same purpose by altering the closed CMU into open CMU blocks.

Although the truss erection took the longest time to construct due to the enormity and complexity of the structure. Once the in-country workforce figured that out, they finished cuts for all three trusses and started laying them by the end of Team 3’s first week.

Similar to the previous two teams, team 3 faced delays due to rain. Team 3 took advantage of this delay and efficiently laid out some street drainage and constructed a wooden bridge at the entry driveway to redirect any runoff off the site. By the end of their first week, the team started to see the end-product coming together with CMU wall almost finalized, the trusses and purlins in place ready to receive the roof sheets,  and windows and doors fabricated.  However, there was a few tasks remaining to reach substantial completion. Although the team knew prior to the implementation trip that six weeks is a short duration to complete the work, the engineers refused to give up! Each team pushed through to finish as much work as possiblewhile running multiple activities in parallel. With one more week left in country, Evram and Alex will be working on the same vision – to get as much done as possible and leave the members with funds, knowledge and tools on how to complete the remaining tasks which likely will include slab construction and finishes.