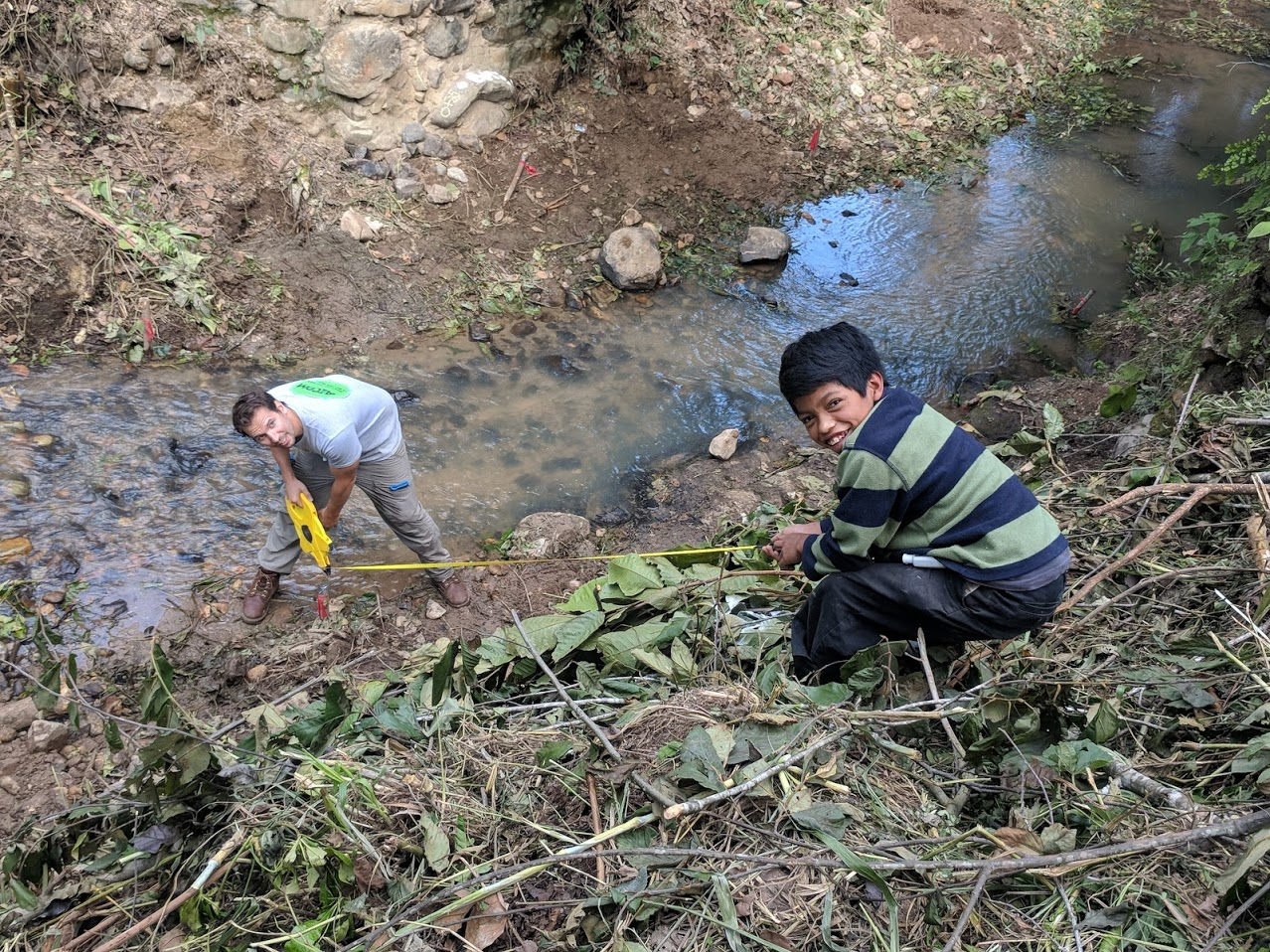 A bridge is being proposed, designed, and built by EWB-NY to connect four villages in Guatemala to the neighboring city. This proposed bridge is needed because the villagers do not have a safe way to cross the valley by car or motorcycle. The lack of access puts the educational, medical, and economic benefits of the closest city out of reach for most of the locals. In August of 2019, a team of 10 professionals from New York travelled to the Chimaltenango to complete the first assessment trip of the project. One of the primary goals of this assessment trip was to perform a topographical survey of the river valley surrounding the proposed bridge location. This is was a large undertaking, due to both the large area to cover and the steep terrain surrounding the site.

Surveying this location involved walking up the valley slopes alongside the river that runs through the bridge location. Despite the challenging terrain, our team managed to gather hundreds of data points in order to have an accurate three dimensional map of the area surrounding the river. Our team of professionals had many tasks, including mapping the community, measuring the stability of the bridge site soil, and performing a topographical survey of the valley. For the 3-4 team members that we were able to allocate to topographical surveying for the week, this was quite a challenge, and we needed all the help we could get. So, when we noticed that two boys from the nearby village had been following us around the site observing our surveying methods, we asked if they wanted to help. They eagerly agreed, and took the end of the tape measure to the survey points we had marked out. They completely understood our surveying method just from watching and were able to scramble up slopes with ease, even in areas that were difficult for our team members to reach. With the added help from the boys, our rate of surveying increased drastically, and we were able to collect all the necessary data ahead of schedule.

The top picture shows one of our newfound helpers, whose work was interrupted for a photo op. He was in the middle of measuring one of the many data points they helped us collect throughout our surveying of the bridge site.